Standoff 4 is the sequel of the popular online shooter that can rightfully be called an heir to good old Counter Strike. The shooter is highly dynamic, with a vast array of weapons. The graphics is wonderful, models and textures are implemented on a high level. The characters are animated in a very realistic way, the physics of shooting is also very plausible. Every play has their own level of game and tactics – and that’s the whole interest of the project.

You can choose one of three modes. In a team fight, you’ll cooperate with friends to achieve common victory. In arms race, you need to get hold of the weapon before your opponents and kill everyone else on the map. Finally, you can also try your hand at bomb installation playing either for the team of terrorist who need to lay and blow a bomb or special forces whose task is to stop them. There is also a system of friends – you’ll be notified when your friends are playing and will be able to join them. All these positive qualities create an amazing gameplay. You won’t have time to get bored!

The update also added a few new features that make the game even more exciting. Now the view is from the first person perspective creating an impression of full submersion in the gameplay. And there are more cases with skins than in the first part. Although skins have no effect on how much damage you cause or how fast you shoot, they allow you to stand out from the crowd. The fact that you can’t upgrade your character for real money is also a plus because not everyone has free funds to donate. So you don’t have to be afraid of running into someone who has far more powerful equipment – all players have equal chances to win and the risks of losing are also the same. Plunge into the thrilling world of Standoff 4 online and see whether you can remain the last fighter standing on the battlefield! 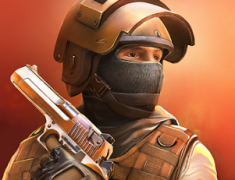 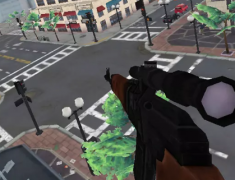